As most of you know, my strange illness has resulted in a belly that looks about seven months pregnant. In the early days, this was  quite emotionally tough. While the belly still presents challenges now, especially in the realm of clothes shopping, I find much more humour both in the queries and the responses I give to the queries.

Sometimes I actually look forward to bizarre responses because they make such good stories.  I have now collected so many funny stories that I would like to begin sharing them with you on a regular basis. Some are one-liners and others are longer tales. Their purpose is not to make fun of the people who make the remarks, but simply to make fun of the whole situation. I hope you get as much a kick out of them as I do. 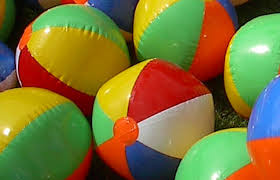 “How far along are you ma’m?” the ticket agent at the airport in Mexico asks me.

“Oh, about seven months,” I say cagily, sticking my belly out a little further,  hoping this will get us seats in the bulkhead.

I stand up straight and say “Actually, I’m not pregnant.”

His look of disbelief is clear. “But you just told me you were pregnant.”

“Well, I look pregnant, but it’s really my liver.”

He looks at me still suspiciously.

“Look, it says so on my medic-alert bracelet.”

He looks at the bracelet that says, “Amyloidosis with hepatomology,” shakes his head and at me and then stamps our passports with extra force. He gives us our boarding passes, but will not talk to us any further.

Ultra Sounds welcomes creative submissions of writing, art or video by anyone touched by deep illness. Click on Submission Guidelines for more information

"I really liked this blog, and I would recommend it to absolutely anyone struggling with health issues, adversity, or who just enjoys seeing other people reacting to mortal challenges with class and poise. I would go so far as referring to it as inspirational." - Connor Rickett, Blog Reviewer, Cities of the Mind